Your captain is a Master Angler with well over two decades of experience. 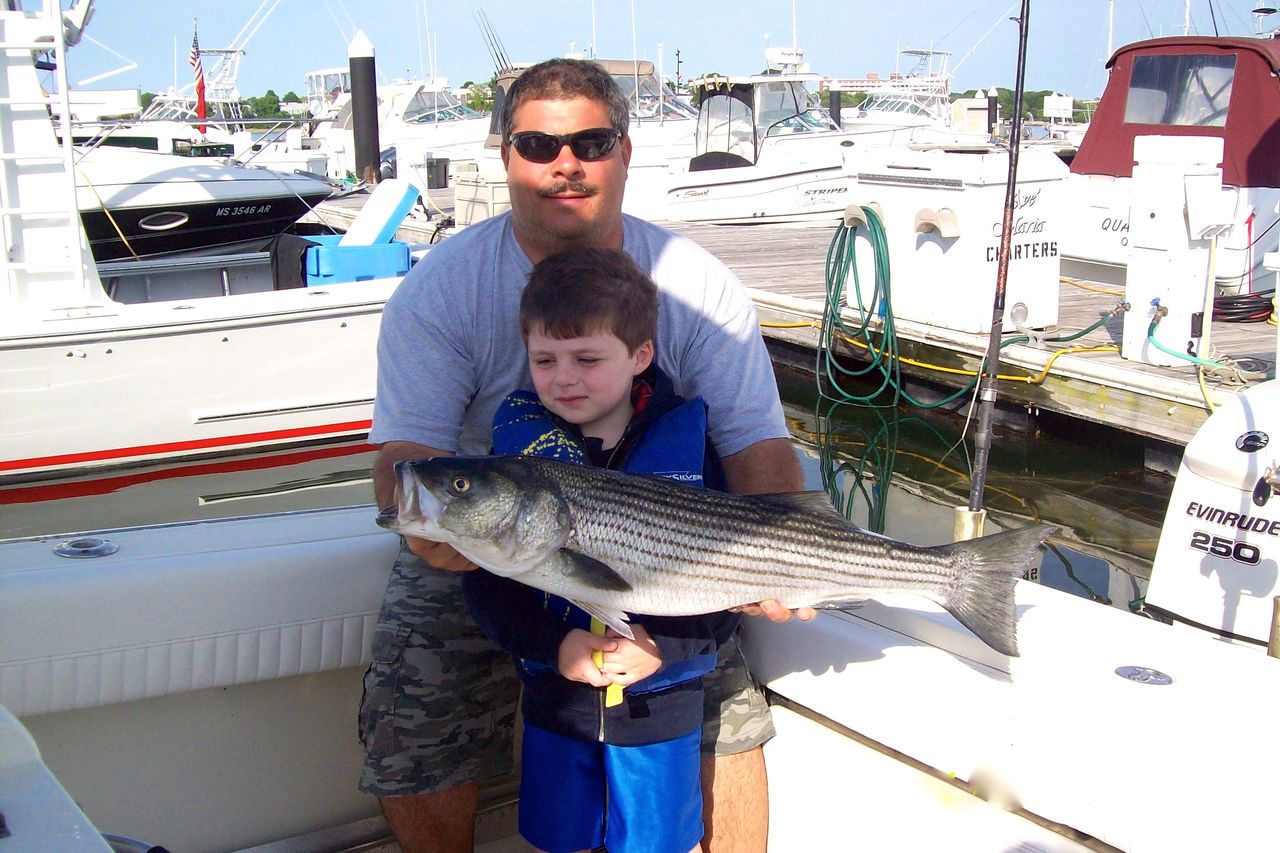 He is a dedicated fisherman and a proud winner of many Boston area tournaments. A former officer of the largest salt water fishing club in Massachusetts. Mike is an expert in locating the perfect fishing grounds to land your next trophy-sized fish.

Captain Mike Bousaleh is a United States Coast Guard licensed captain, and has conducted sport fishing charters in the waters of Boston Harbor, Massachusetts Bay, and Stellwagen Bank, and beyond for nearly 30 years. Captain Mike has won many area fishing tournaments over the years, and placed top 10 in many ASA & FLW tournament and also is a member of the “50 lb. Striper” club, a rare honor reserved for those who have caught the very largest of Striped Bass. Captain Mike is also a longtime member and former vice president and an officer of Massachusetts Striped Bass Association, the oldest fishing club in New England.

His company, Boston Fishing Charters, LLC, is charter boat fishing guide service that features his two boats, the Ave Maria II, a 29’ Hydrasport, and the Theotokos, a 33’ Bluefin, two other subcontracted boats, and some of the best striped bass, bluefish, tuna and shark fishing in the Boston area. Boston Fishing Charters, LLC is one of the top recreational sportfishing charters in Massachusetts Bay, doing over 200 private charters per season. Boston Fishing Charters also organizes and provides boats and captains for several large annual fishing tournaments in Boston Harbor, in which hundreds and hundreds of people participate. Captain Mike is so sure of his skills that for many years his guide service is the only one in Boston Harbor that offers the “Keeper Guarantee,” which is that clients are guaranteed to catch a keeper-sized striped bass on their excursion, or their next trip is free.

Captain Mike and his fishing exploits have been featured in angler magazines such as “On The Water,” “The Fisherman,” and online forums such as “Fishing Clan.” He has also perfected the technique of live-lining mackerel in order to catch huge stripers, and as a result, Captain Mike and his technique were profiled in an episode of the “On The Water” television show, where Chris Megan and Ron Powers were amazed at his experience with the successful mackerel baiting technique perfected by Boston Fishing Charters. Captain Mike’s expertise has made him a Pro Staff member for Evinrude E-Tecs, Avet Reels and several other small companies.